Rovver - The new Music Bot with the latest features and connections!
You can vote once every 12 hours. Back to Rovver

Rovver is the latest Discord Music Bot 🎶! It’s a special bot because It was created with ❤ and also because It has more features than normal. This bot was creatively arranged by its developers 😜! The developers were working on this 24/7 and The supporters, Which mean @everyone 😎 was adding this bot before even starting the bot. That’s the various happiness and potion for our quick release! When we were starting the bot, It was added 40 servers which are really rare!

This bot was released before a few days ago but It was added to 43 Servers already! It’s a must to try out! 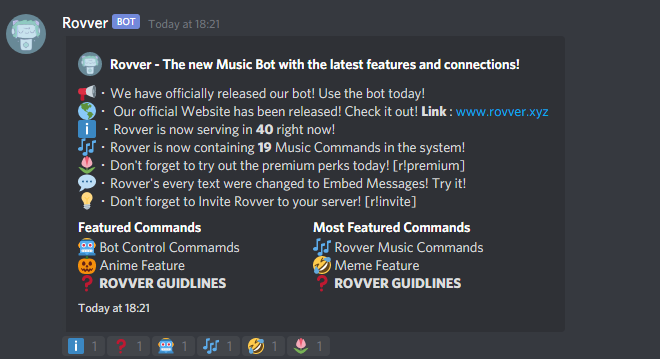 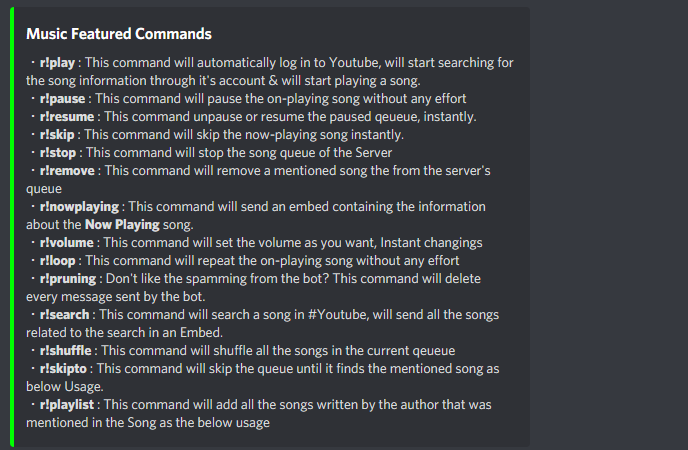